The Lady Gunners were action for a fun weekend of soccer. A regular season of development through league games, this platform gave them an opportunity to test improvement. How will they respond; what will their grade reflect based on performance? 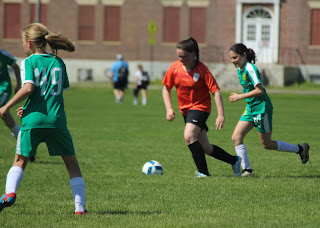 Game 1 vs FCUSA Coastal- Saturday May 25th
A slow start was bit scary, reminiscent of this group's tendency to wait 15 minutes before showing their ability to control games. With reinforcement on the bench (namely Kaycee, Sophia, Emma) it did not take long for the Lady Gunners to establish dominance. 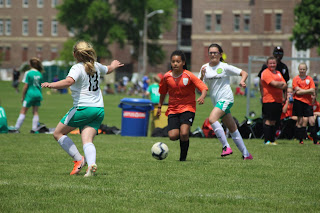 Noticeably the Gunners were potent offensively, showing flashes of brilliance at times. One would think they had played together for years, judging from the chemistry building. It was a 4-1 win against a solid squad with an impressive goal keeper that made several key saves. 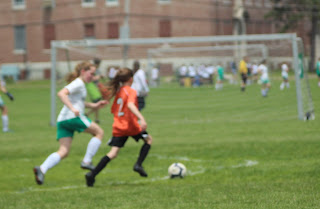 Game 2 vs FCUSA Boston- Saturday May 25th
From start to finish, this was a well balanced game from both sides. Boston would go ahead, only to see the Lady Gunners respond with resilience. At half time, taking more shots from a distance was the primary focus needed as adjustment. This one ended in a 3-2 loss, but a close match that probably should have ended in a tie. 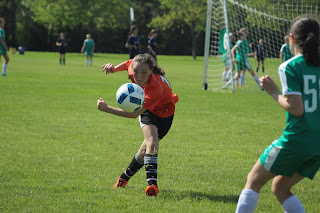 Game 3 vs Groton Dunstable- Sunday May 26th
A pivotal game against a gritty team that fought hard on every aspect of the game. Winning team moves on to the final, therefore a lot at stake. Groton took the lead, but with a great level of resilience, the Lady Gunners came out battling. An equalizing goal restored the Gunners confidence, ultimately propelled them into a dominant 3-1 win into the finals. 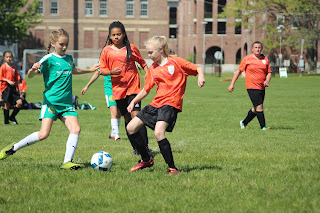 Finals vs FCUSA Boston (Rematch)- Sunday May 26th
A rematch from a day earlier, where the Gunners lost a close one versus this solid squad.  From start to finish, the Lady Gunners dominated, especially after Emma smacked home a laser shot from long distance. That goal made a loud statement, put her side in the driver's seat for a commanding 5-1 win. Impressive chemistry, improvement in 24 hours. As a result, the Lady Gunners are Tournament Champions!!! 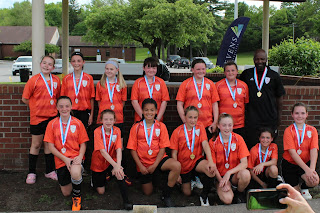 Tournament MVP
Dominating the finals capped off by a memorable strike from long distance, Emma was the difference maker all weekend. Leading by example, hustling, displaying sound skills, and improving every game, she made everyone around her better. Congrats on a phenomenal performance; a well deserved MVP. 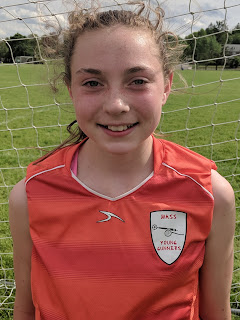